Yes — we are actually encouraging people to produce professional video using their smartphones.

No — we are not crazy because this is a strategy that works.

The word strategy is crucial here. Without strategy, you just have a bunch of poorly shot video without purpose.

This is a way of significantly increasing the scope of your project while keeping the cost of production down.

Here is a scenario — there is only enough budget for a few days of professional shooting yet you are trying to capture locations in more than one state.

Unless you have some magical ability to be in multiple places at once — you’re stuck, right?

Here is where you can leverage the fact that most people have easy access to some type of device that shoots reasonable quality HD video.

Take a project we recently completed for WilsonHCG. They wanted a video that captured the essence of their corporate culture but their people work/live all over the country. So, we asked some of their employees to answer a few questions by speaking into their own cameras. Then we wove some of their footage into the storyline.

Not only does the user generated footage add scope to the storyline but the fact that employees are helping to produce the piece adds a subtle amount of intimacy — it creates the right feeling.

One final note: When you ask people to use their phones to shoot their own video, remind them to make sure the phone is positioned on its side rather than vertically.

For those who don’t understand what I mean — you may be one of those unfortunate souls who has VVS (Vertical Video Syndrone) — if you get nothing from this post other than how to avoid VVS — then I would call this post a success. Enjoy! 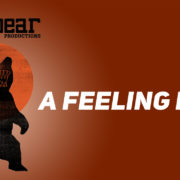 A Feeling I Get 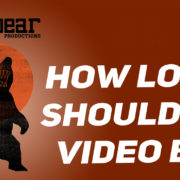 How long should my video be?

The Joy of TEDx
Scroll to top