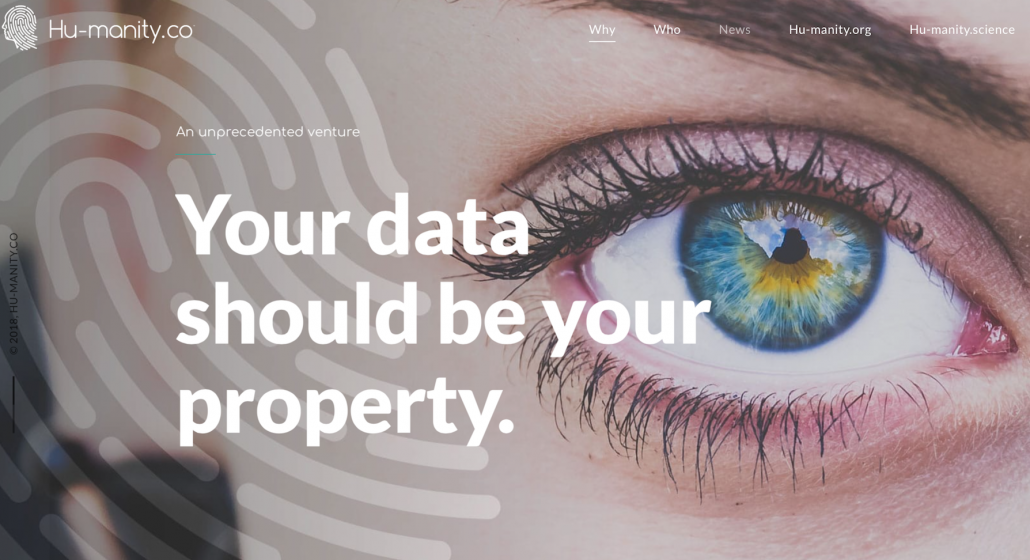 A visceral reaction to a conversation I had about 6 months ago.

I have been friends with Richie Etwaru and Michael DePalma for years. 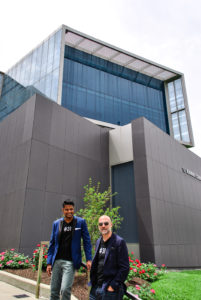 Michael and Richie in front of my Alma Mater, Syracuse University.

We’ve done TEDx talks and worked together on some personal ventures, but most importantly we are friends and collective fans.

There are few people I know who get my brain working faster than these two. And I always love the dialogue and intellectual stimulation.

The idea behind Hu-manity.co did not disappoint.

It is one of those ideas that strikes you over and over again in waves. With each wave adding more and more depth, simultaneously raising deeper global implications. 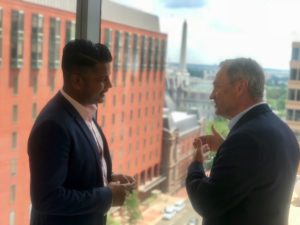 Doing Good and Doing Well.
The leaders of Hu-manity.co and internet backpack company Imcon International discuss their partnership during a Mad Bear shoot.

What if all people on the planet owned the data they produce as their property? 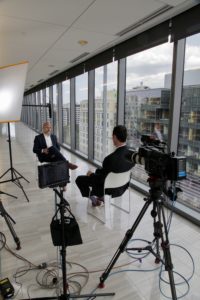 Michael and I talking during the shoot in Washington, D.C.

Makes sense. You own other things you produce, like your ideas, inventions, art, writings and beyond. So, why shouldn’t you also own your data; especially since every day you create data from your spending habits to your medical history to your geospatial data to your energy consumption, etc…

“But hold on,” I said, “no one is selling my health records, that is protected by HIPAA.”

Richie and Michael explained, every time you have a lab test, fill a prescription, have a procedure; you are creating a new data point. And, then your health records are de-identified (name and some simple info about you as a person are removed) and the record is sold on an open market estimated to be worth about $67 Billion a year. And, that is only the market size for health records, the general data market is currently estimated between $150-200B annually. 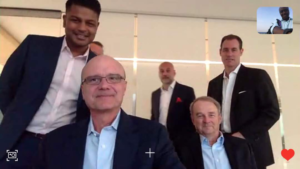 Imcon’s technology at work. See the guy in the upper righthand corner? He’s able to Skype with us from a remote location in Africa. Why is this so awesome?  Check out the video below.

It was then that the concept hit me like a ton of bricks. What if I had a say?

Right now, I have no control of where my records may go. What research or marketing services my records might support. And, I certainly receive no money or compensation for any of my data that is sold.

The next step is really what got my mind spinning:

What if everyone with a digital presence had this level of control? What would this new individual centric data economy mean to the world and business at large?

This video highlights the perfect partnership between Hu-manity.co and Imcon International.

That is the concept behind the #My31 movement.

People can download the app (now available for Android and iPhone) and claim their data as their property. They will even receive a digital title for their data (just like you receive a title for your car or house). Then in the app, people can decide how, where and if their data is used. These choices are recorded immutably on a blockchain which adds trust and transparency. Then once enough people sign up, the company would be able to offer businesses access to explicitly consented data which is more valuable because it can be verified to be true. Plus, if someone chooses to support cancer research (for example), it is possible to share more information than is currently provided to researchers. This way the individual would be able to claim a larger percentage of the profits while allowing pharmaceutical companies to bring cures to market faster, with less cost with drugs that do more good. Win-win!

Now you can see what I meant, the more you think about the concept the deeper the global implications.

So why call it the #My31 Movement?

Right now, there are 30 human rights that were enacted by the United Nations in 1948. These human rights were created looking at mistakes of the past but they really do not adequately cover our digital world. Property ownership of your personal data would be human right number 31. So that is where we ended up with #My31.

So yes, I have jumped on board and have been a (Hu)-manitarian ever since. In the process, Mad Bear has signed on to become the Official Video Marketing Company of the 31st Human Right. Something I am immensely proud of… 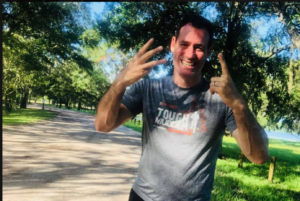 The idea has a life of its own and so far reaction to the idea has been nothing short of amazing.

I could go on to talk about IBM and other partnerships that have been developed. I could talk about the true uniqueness of the app both in design and function. I could talk about the doors that have opened like an invitation to speak at the UN Internet Governance Forum in Paris this November. And I definitely could go on to talk about what the concept could mean for the world if everyone had the ability to passively generate income through their data, let alone what this will mean going forward into future as our data sets grow exponentially.

Some people talk about data being the currency of the future and while I do not disagree with this concept, I think it falls short of the true impact of what it means and the opportunities the world is presented with once the value of data is embraced by an ever growing digital world.

One day, you could put a down payment on a house with your data or in the very least buy a set of golf clubs with it. Perhaps your data will be considered part of your estate and will be giving it to your kids because it has such value. Or perhaps the passive income generated from data could be used to fund a universal basic income and solve aspects of poverty.

I invite you to explore the concept on your own and see if it has as profound an impact on you as it has had on me.

And this is no longer just an idea I heard from my two friends Richie and Michael. It is all in the process of actually happening.

I truly believe the world is a better place if people own their data as their property.

When planning any #VideoStrategy it is always a good idea to start by defining one thing first. This approach is co… https://t.co/n0n49S3ZPF
h J R
@madbearpro

A behind the scenes look at the making of a new national television commercial for @Valspar . Whatcha think of the… https://t.co/uzmRdO7O7U
h J R
@madbearpro

Excited to play our part in helping to bring back tourism. Please share with anyone you know who would like to exp… https://t.co/YBzkMcMvNI
h J R
@madbearpro

On set with 15 Olives and we learned SO much about Extra Virgin Olive Oil and Balsamic Vinegars. Such a difference.… https://t.co/Eb4sZNgVrH
h J R
@madbearpro

This is where we will be meditating. Proud to have a little Mad Bear philosophy as part of the @tampariverwalk… https://t.co/KkZuxkCRTr
h J R